During the physics development we came to a point where we’d wonder what steering wheels the rF2 users are using. Probably most of us already have a steering wheel with an adjustable steering range up to 900°.

But are there still people out there that have a non-adjustable wheel like the good old Logitech Momo Force? Those wheels have a rather small steering range of around 270°. We would need to create some sort of fallback for these users as with the intended steering lock they would get a wrong steering ratio and thus not the intended feeling while steering.

To check if your wheel is adjustable just go into the device settings page and check if there is a slider or something to adjust the steering range. To measure your wheels lock you can turn your wheel to one side till it stops. If it’s upside-down then that would be 180°. Double that and you’ll get your steering lock.

So tell us what kind of wheel you’re using. You don’t have to be registered to vote. Also feel free to add a comment with more detailed information if you like.

A little status report to get you up to speed.

Since our open letter, we got a new designer, we welcome Neil to the team, who immediately began work on the helmets.
And helmets we need, as we have roughly 1/5th finished and many remain to be done.

For the cars the situation is much better. Dahie has been reviewing all textures and created the export scripts. We find small issues every now and then, collect and fix them. One official team texture hasn’t been finished yet.

The car model itself is done and ready. While shaders may change with future rFactor2 builds, The current look, is quite stable at the moment. Mianiak was working on the driver body (which was based on the shortly released ISI model). We had the first version ingame, but the animation didn’t convince us. The problem was not the animation itself, it was more or less caused by the insufficient rigging/weighting. Somebody within the team pointed out, it would look like the driver has broken wrists. So it didn’t fullfill our expectations and we changed plans. For the initial release we will go for a non animated driver. We will create our complete own driver model including rigging. But this may take a little bit longer. That’s why we’re using the non animated version as place holder.

Pier and Erale are working on the physics. Next to the official car manual erale already had, we got some more specs from Tatuus – the car manufacturer – helping us with some of the missing data. Grip levels, aerodynamics, suspensions are some of the usual suspects, they are trying to figure out at the moment. On a positive node, the car doesn’t spontaneously jump into the air anymore.
We recently started larger physics tests to see, how the mod handles in multiplayer and to get more feedback from users.

Outside of the mod preparations for release began. Note, the release is still a bit away, but preparations are a good way to see what’s missing and can be done easily in parallel. What’s done is done.
As we do with all our mods, we are going release templates for the IFM-2009 and with a high probably before the actual Mod-release. Dahie is working on these, the documentation and a special treat, we won’t reveal just yet.

Regarding the release, we have one big feature missing, which is rather important for a release: Sounds.
We don’t have a sound specialist at the moment and right now we’d be stuck with reusing ISI’s sounds from any of their rF2-mods released so far. We feel this wouldn’t do the mod justice, so we invite people interested and skilled in sound design to help us recreate the real feeling.

That’s it for today.

More pictures! Juluka, AtomAmeise crank it up and work their way on the livery front. Juluka completed work on Fabio Leimer’s car. AtomAmeise worked his way through the liveries of Trident Racing and Cram Competition and also started corresponding helmet liveries. 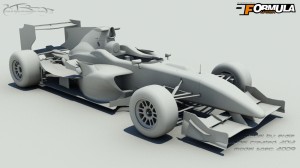 END_OF_DOCUMENT_TOKEN_TO_BE_REPLACED

First of all, let us introduce you to a our latest project a little bit.

The  International Formula Master (IFM) was the successor of the F3000 International Masters series. It was held as a supporting series during  the European WTCC races from 2007 till 2009. The series was a junior  Formula series which was thought as a stepping stone into the GP2 just  like the Formula 3 Euro Series. The cars were manufactured by Italian based company Tatuus and were comparable to smaller single seaters like the Formula 3 cars. But they looked more like a small version of a  pre-2009 Formula 1 car.

The  series was thought to run at least 3 more years, but FIA launched their own junior formula series in 2009 (Formula Two) and many teams and  drivers left.

Why are we doing this mod?

With  rFactor 2 coming up with lots of new features, we needed a “small”  mod  to test out all the new things and every aspect especially of the  new  packaging. The car was made by Stefan ‘erale’ Triefellner back in 2009. The 2008 version was  finished pretty quickly, but as the car always was supposed to be a rFactor 2 mod work was stopped eventually. With the upcoming rFactor 2  release it was clear that the mod would be picked up again so he gave it  a small touch up and brought the car to its 2009 spec and we started to experiment doing new shaders, materials and testing out all rF2  related  features. Within the upcoming weeks we want to show you in a  devblog series our progress, maybe a few experiments with new material  settings and so on.

What about the release?

Our current plan is to create a few liveries and helmets and release  the full grid with placeholder cars together with templates. This way  the community can create the missing or even own liveries/helmets and we don’t want to invest more time than needed for IFM and focus on F1 1994 (which is  still  our main priority for rF2) instead.

Here is a small teaser picture for our blog readers :). 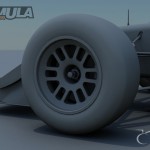