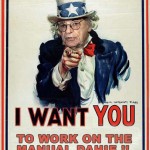 Back in 2008, when we were preparing for the release of the F1-2006 mod, I hit a dry-spot when working on the user manual. After posting here in the Blog, 658 send this awesome montage, so I went back to work. Working on the manual was always a pain and today I’d like to introduce you to a new idea.

I mentioned beta-testing for the F1-2006 version 1.2 patch is commencing and it will contain two new features.
This is not one of them!

For the 2005 and the 2006 mod we created a full user manual, which was even translated in 4 languages. It was designed to be printed out and it was quite an effort by Michael and Arioch explaining the basic physics, basic setup options and new features on the mod. The writing was good, but even though I designed the book and the layout, I found it highly unpractical. It is hard to use and even harder to maintain.

I really liked the idea of a manual, because the mod as it is is complicated and giving some guidance on how to use would pay of when we don’t have to explain everything over and over again. So I went out 2 weeks ago to find a suitable replacement, which I found with the website generator webgen. Basically I moved all contents from the old PDF into single pages, which generate a full-styled website. This is multilingual, static and can easily be packed with the mod or uploaded on our website.

Here you can see the working prototype/beta of the user manual.
The english version is nearly done, but translations and illustrations are missing.

So much for the theory. In practice I have to ask, who is interested in this?
Right now we have 3 translations for the manual, which can be finished nearly immediately. The only constraint I have is my time, which is always limited and even more for tasks, like formatting manual pages. However I see potential in this.

So my idea is this:
I uploaded the sources of the new Manual to a public git-repository. They can be browsed online, downloaded, forked, then edited, extended, translated, updated, improved and last of all, all changes you do can be reintegrated in the website. Especially if you know how to use git (not necessary, but nice) this procedure is rather simple and wouldn’t take a lot of effort. Of course everybody who contributes to the manual will get credited and together we could actually build a user manual for the community by the community. It’s Open Source/Creative Commons.

This is the theory, in practice, working with the manual requires some technologies. For effective use I suggest git as version-control system, it’s free, it may take some getting used to, but I love it. Secondly, for building the website on your system you need webgen and for this a ruby-installation. No problem on Mac or Linux, but you don’t have it native on Windows. The last thing you need is to learn the markup I used in the source-pages: Textile. This is strong and flexible and allows to do everything we need. git or webgen are not necessary for working on the manual, they are optional. Textile is not, but learning it is as simple as your everyday bb-forum-markup.

The timing may make it hard to include this manual in the next version of the mod. However, making the manual a separate website will make it independent from the mod
This depends greatly on the response I get. So if you like the idea comment here or in our forum or write me by email: dahie _at_ ctdpworld.org